Alexandra Aidonopoulou is a contralto who was born in Athens, Greece. She has an MA degree with honours in classical singing and vocal pedagogy from the University of Music and Performing Arts in Vienna and degrees in classical piano (National Conservatory of Athens) and mathematics (University of Athens). At the University in Vienna she studied under the watchful eye of Maria Bayer and Birgid Steinberger and since graduating  has continued under the guidance of Carol Blaickner-Mayo.

Alexandra has performed sacred works of Bach, Handel, Vivaldi, Schütz and Dvořák at some of the most prominent churches in Vienna, such as St. Michael’s, St. Peter’s, the Imperial Court Chapel, the Schottenkirche and the Lutheran City Church. She was engaged as the Alto soloist in the “Oratorio de Noël” by Camille Saint-Saëns, at St Stephen’s in Baden and is rapidly finding herself in-demand as an oratorio singer. Alexandra is also establishing herself as a recitalist, having appeared in concert at the Wiener Musikverein and the Gesellschaft für Musiktheater in Vienna.

With her unique velvet-like timbre and flexibility, Alexandra’s voice lends itself to baroque music. She has performed the title role in Bach’s cantata “Herkules auf dem Scheidewege” at the 3. Internationale Bach-Tage Zürich in Switzerland and she was a semi-finalist at the Concours International de Chant Baroque de Froville in France. Alexandra also has been appearing regularly at concerts together with barock ensembles and orchestras like Artis Astra, Pantolfis Consort, Arte Sonora, dialogo cordiale, Orchester Wiener Akademie u.a.

She has worked together with the vocal ensemble Wiener Akademie Consort under Martin Haselböck’s baton and has performed in the Golden Hall of the Musikverein as well as the Auditorio Nacional in Madrid.

On the operatic stage she has appeared as Frau Reich in Nicolai’s “Die lustigen Weiber von Windsor”, as Lucrecia in Britten’s “The Rape of Lucretia” at the Arnold Schönberg Center in Vienna, as Marcellina in Mozart’s “Le Nozze di Figaro” at the Stetteldorf castle, among others.

Alexandra is also passionate about contemporary classical music and she performed the Alto solo part in Martin Haselböck’s “Konradmesse”. 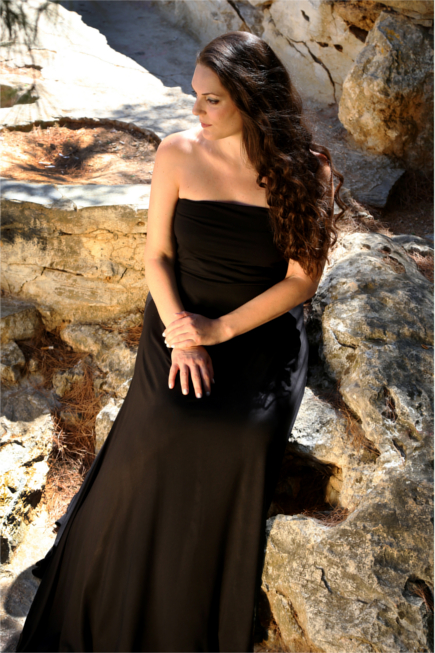